Elvis’ Golden Records (LPM-1707) is the fifth album by Elvis Presley issued on RCA Victor Records, March 1958. This monaural release lasted through the late 1960s. There are at least three major release dates depicting in label variations. There are at least that many cover variations. There are many possible cover, inner sleeve, and record combinations. This guide is focused on identifying the variation as it exists, not possible combinations starting with the original Long Play to the Mono through to the Monaural releases. 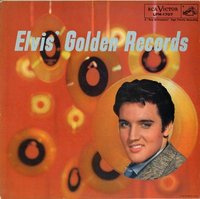 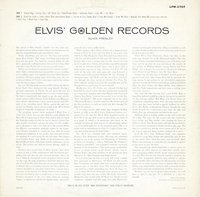 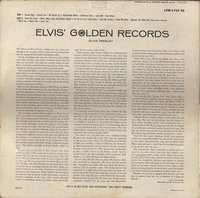 COVER
Front: RCA Victor logo with number in box at the upper right. Title in any varying pitch of blue letters. Contents not printed on front. Stock may be either flat or glossy. 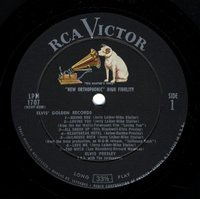 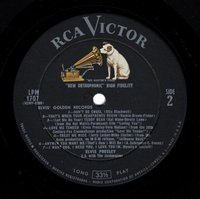 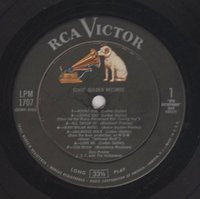 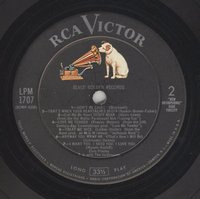 1958 -Black Label. “Long Play” at bottom. Title centered under dog on top. NEW ORTHOPHONIC FOR FIDELITY on side under side number. 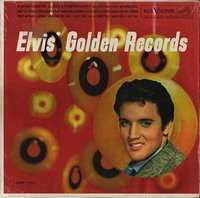 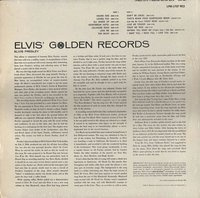 Back: Contents two in two columns aligned to the right. Three columns of text. Title and artist aligned to the left across the top. The number is in the upper right hand corner as LPM-1707 RE2. 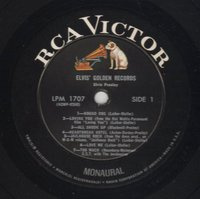 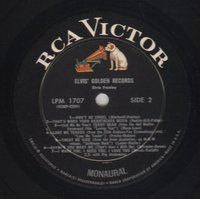 DISCLAIMER
This article is a living document. Although this discography covers only those Elvis releases between 1955-1977, there are variations and discoveries made nearly every day. It is the goal of this site to preserve that information. The information provided has been compiled through years of research, books by Paul Lichter and Jerry Osborne, auctions, internet auctions, my personal collection, and various images collected throughout the years.

The majority of the images are from my personal collection. It will be a costly endeavor to purchase all variations and document them. In some cases, images are mock ups to fill in the blanks or because I am too lazy to scan in another nearly identical record. As an example, in this case, applying the sticker to the cover. If there is something that you know to exist or can provide a clear image like those used throughout this article, please contact me. The image sizes desired will fit within 600×600 pixels. I will reference you. What is written here is not complete or final.