RCA Victor presents Elvis’ Christmas Album. Originally released in 1957 as LOC-1035 with a flip fold cover containing a mini booklet full of Elvis pictures and discography, this album was re-issued in 1958, 1963, and 1964 in long-play, mono, and monaural respectively as LPM-1951. This is the German stereo re-release.

The German counterpart to the US release of LSP-1951 offers several notable differences in the cover. I don’t have much to offer in terms of detail of this release, but can offer a description and images of it as it is part of my collection.

COVER: Front: RCA Victor logo with catalog number at upper right, Stereo effect at upper left. Back: Similar to the original US LPM-1951 first release, however added LSP-1951 (e) in both top corners and Living Stereo in the middle top. Unlike the US stereo releases, the P.D. credits remain as are reflected on the US monaural releases. 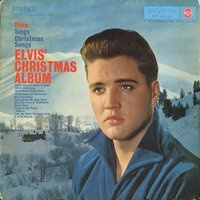 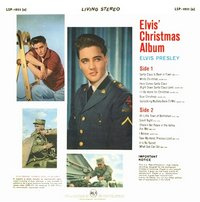 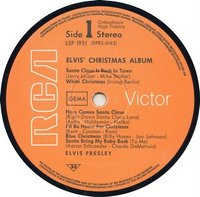 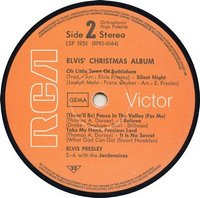