The World’s Rarest Record – no known copy to exist until now! A recent excursion unearthed a large, well maintained collection of 78 RPM records and World War II transcription discs. There were probably 200 or so records. Each record was well preserved in its original paper sleeve. These records were even boxed in lots of approx 20 records in original 78 RPM storage boxes. After thumbing through the lot (looking for artists that I may recognize, or songs of interest, and even interesting labels), I only walked away with five 78s. After a little research, the night that I bought them, I learned that I have discovered what may be the only known copy of one 78 in the collection.

On The Record – At first glance
This is Okeh Record No. 1007 (OKEH 1007) with the dark blue label with the Native American Indian. The color of the label is a slightly different shade on each side. On Side A is Over There (George M. Cohan) Sterling Trio Orchestra Accomp. The dead stamp is 1007A7 with matrix etch 120A. On the b side is Just before the Battle, Mother (G.F. Root) Campbell & Burr Orchestra Accomp. The dead stamp is 1007B6 with matrix etch 174B. There is no lead in or lead out as found in most 78s and other formats.

Note: These images of the record are rather large at least 900 pixels. A find of this magnitude certainly deserves images of similar magnitude.

Listen
Listen to actual one minute samples of the World’s Rarest Record Okeh 1007.

Side A: Over There (George M. Cohan) Sterling Trio Orchestra Accomp.


Side B: Just Before the Battle, Mother (G.F. Root) Campbell & Burr Orchestra Accomp.

The record comes in an Okeh Records sleeve which describes this 10 inch double record as being lateral cut and being manufactured by General Phonograph Corp with Otto Heineman, Pres. It also states that the speed for playing is 80 RPM. According to TDL Technology, Inc. 80 RPM is available under the Acoustic, Columbia, Edison, Pathe, Emerson, Brunswick and Okeh labels.1

A Brief History of Okeh Records (1918-1919)
To know some history about the company and their practices may help identify this record.
“In early 1918, [Otto] Heineman began production of vertically cut Okeh records, supposedly taking the name from an Indian word that, coincidentally, displayed his initials very nicely as originally designed.”2 “‘Okeh,’ a word universally understood to mean ‘entirely acceptable’ — even by non-English speakers such as native Indians — was used as the product brand name. Using a Native American as a brand image would likewise help to convey the impression that the product was home-grown.”3 The first Okeh releases were announced to the trade in May 1918.4 On October 1, 1919, Otto Heineman officially reorganized his company as the General Phonograph Corporation and introduced a new line of standard lateral-cut Okeh discs in the same month, still bearing the blue Indian-head labels but with the legend “LATERAL RECORD” added in oversized type. By 1920 the Indian-head labels were no more. 5

Back to the Record
The Discography of Okeh Records, 1918-1934 is the definitive source on Okeh Records. According to this source “no copy (OKEH 1007) has been available for inspection and the master numbers are so-far untraced”.6 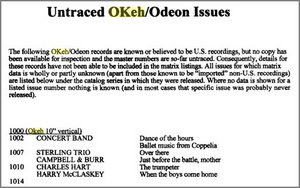 The dead stamp on side a of 120A is referenced only as 1207, however indicates that this recording is circa April 1918 in New York. One site suggests circa March 1918.8Â This dead stamp of 120A matches the artist Sterling Trio, vocal with orchestra. By all accounts, OKEH 1007 was released somewhere May 1918.

Since it is apparently known that the General Phonograph Corporation was introduced in October 1919 and that the lateral cut Okeh discs were introduced in the same month5, the sleeve may likely be of 1919 (unless maybe it is a prototype?).

The condition of the record is very good. There are no pops, chips, or cracks. The label is beautiful, complete, and with vibrant colors. The sleeve is complete, no splits, or tears. The complete package is stunning. 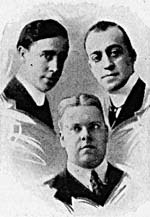 Side A was recorded by The Sterling Trio whom was made up with Henry Burr, Albert Campbell & John Meyer10. The Sterling Trio, became one of the most popular recording groups in America, recording hundreds of 78’s of popular songs.11 Side B was recorded by Campbell & Burr Orchestra Accomp., which I translate to be Albert Campbell and Henry Burr, whose recording career as a duo spans to the mid 1920’s.12 with 46 charted hits as identified by US Bullfrog, including seven number one hits. Henry Burr and Albert Campbell have been covered by such artists as Tony Bennett (1960), Frank Sinatra (1984), and Anne Murray (2004) among others.13

Henry Burr was the most prolific recording artist of his time (1902-1930s), with more than 12,000 recordings to his credit by his own reported estimate.14. Credited with making over 5000 phonograph recordings for almost every record company and performing in many concerts throughout North America.15 Henry Burr was the leading performer in the Peerless Quartette in “Over There” recorded on June 6, 1917 and released in September 1917 on Columbia A2306.

Listen to the Columbia A2306 version, as downloaded from Library and Archives Canada/Music Collection

That recording of “Over There” is one of Billboard Top singles of 1917.16 It can be heard at the Virtual Gramophone.17 He is described as the original King of Pop.18

Information on John Meyer is difficult to find, however, his career begins at least 1911(?) as a member of the Columbia Minstrels, whose members included Henry Burr, Albert Campbell, and Arthur Collins.19

About the Songs
Over There was written by George M. Cohen “while traveling by train from New Rochelle to New York shortly after the U.S. had declared war against Germany in April 1917.” Over There became the “leading American marching song of” World War I, for boosting wartime morale, Cohan received the Congressional Medal of Honor in 1940.20

Just before the Battle, Mother was written by George F. Root. It was originally recorded by Campbell and Burr as B-24386 (Campbell and Burr) and B-31301 (Peerless Quartet).21 on Victor Records. However, does not appear to be releases.

The historical significance of this record
Not only has this record not surfaced for 90 years. The songs are significant. Over There is the song for World War I. The Over There performance on OKEH 1007 is nearly identical to the Over There release less than a year before, 1917 on another record label. The sound is strikingly similar since Henry Burr is the lead vocal in both recordings. The flip side, Just before the Battle, Mother is significant as it was previously recorded by the same two artists on another record label, and never released. This may well be the only surviving recording of any of the three sessions of this song by these superstars of their era.

This find is like finding an original recording of Elvis Presley singing Money Honey on Decca records in late 1956 without Scotty Moore, Bill Black and D.J. Fontana but with an alternate configuration of Scotty Moore and the original members of the Comets (of Bill Haley and the Comets). 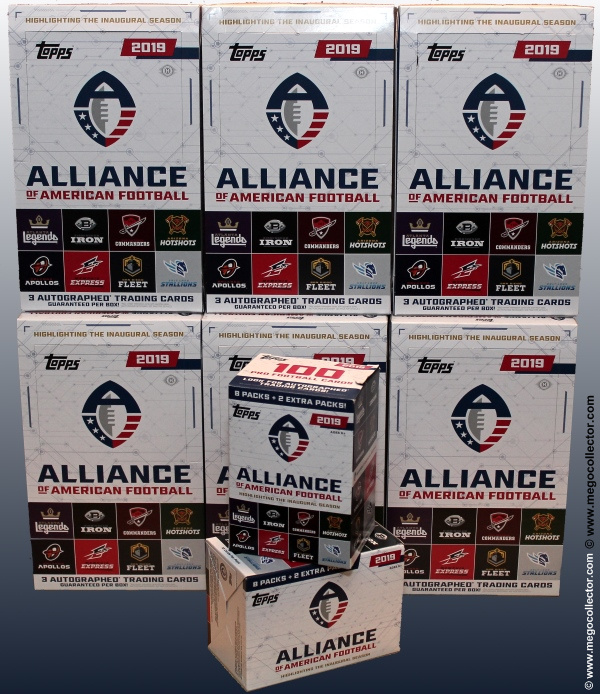 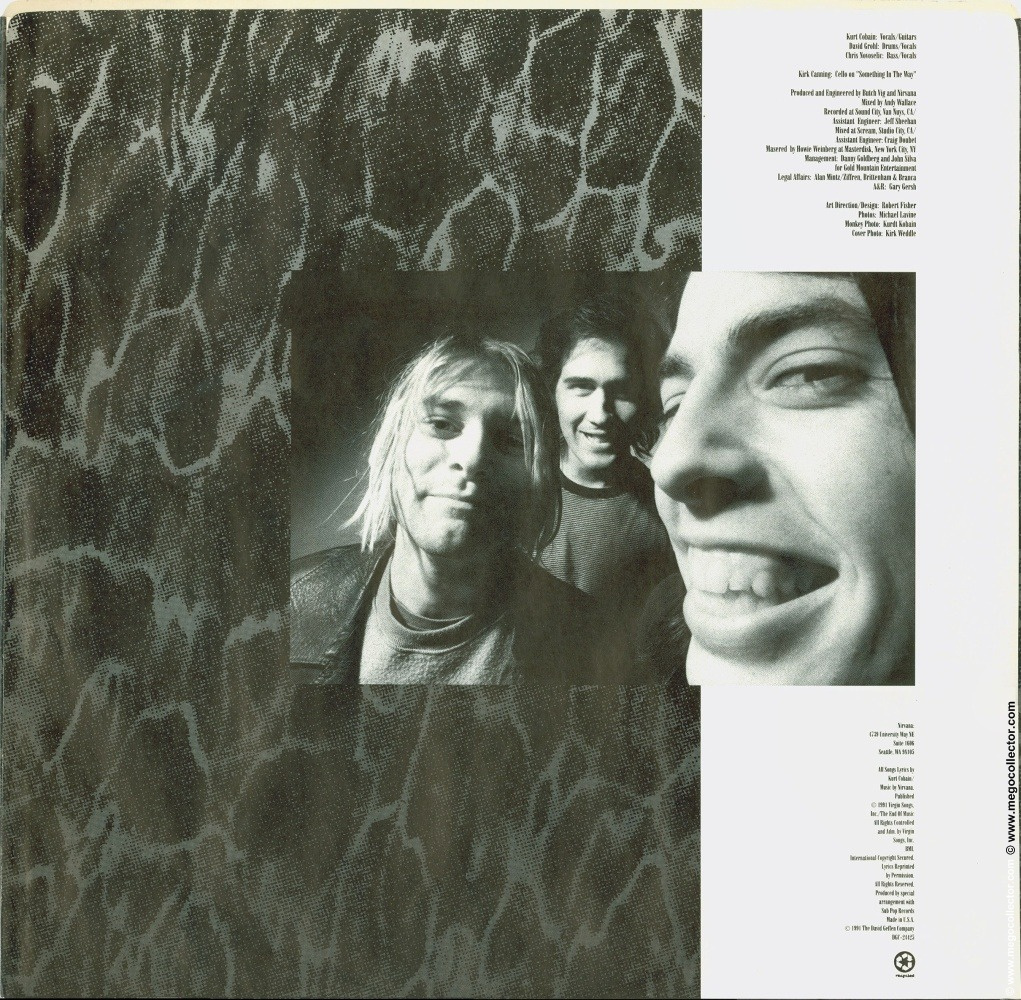